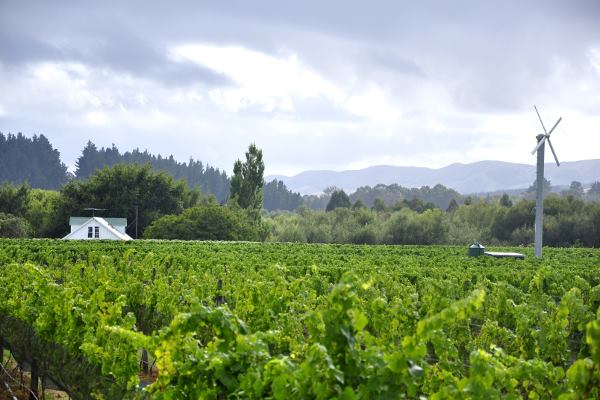 Although the history of wine making in New Zealand goes as far back as the early 19th century, the modern wine making industry began in the mid 20th century and has recently been experiencing high growth of 17 per cent in the last 20 years. In 2017 New Zealand produced 285 million litres from 91,750 acres of vineyard area. Approximately 90 per cent of total wine production is exported to the United States, Australia and Britain earning New Zealand NZ$1.66 billion in export revenue as of 2017.

New Zealand’s winemakers use many production techniques. The grapes are grown in a vineyard surrounding a central simply owned or family owned estate with its own viticultural and winemaking equipment and storage is one of the many models. The European cooperative model (where wine making takes place in a centralized production facility) is used in some areas, although uncommon. Contract growing of grape fruit for winemakers is a signature feature of the New Zealand wine industry since the beginning of the winemaking boom in the 70’s. A large number of today’s well known wine producers started out as contract growers. 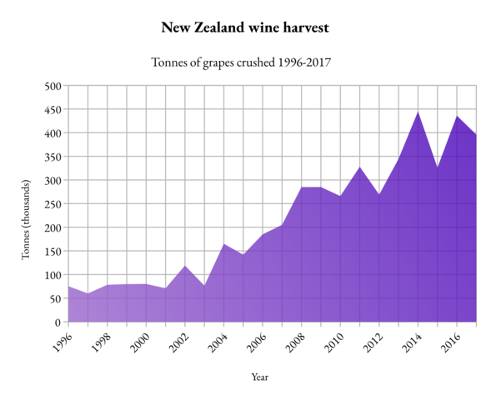 New Zealand’s wine industry is highly successful in the internal market. Winegrowers from New Zealand reported in 2017 that export sales had risen to record levels of NZ $1.66 billion. In order to satiate the increasing global demand for its wines the country’s vineyard plantings grew from 18,300 acres in 1997 to 91,750 acres in 2017. Wine overtook wool to become New Zealand’s 12th most valuable export at NZ $760 million in 2017.

In addition to creating excellent wines, New Zealand’s wine growers have placed great emphasis on sustainability and organic certification including but not limited to monitoring and measuring water, energy, soil and pest management, waste reuse, land and biodiversity restoration and social factors such as tourism impacts and staff training.